The Economist had a fantastic article last week on how civil wars end.  It’s an accessible summary of a great deal of recent research in political science on this topic.  They also had a related piece on civil wars in Africa, with the following map: 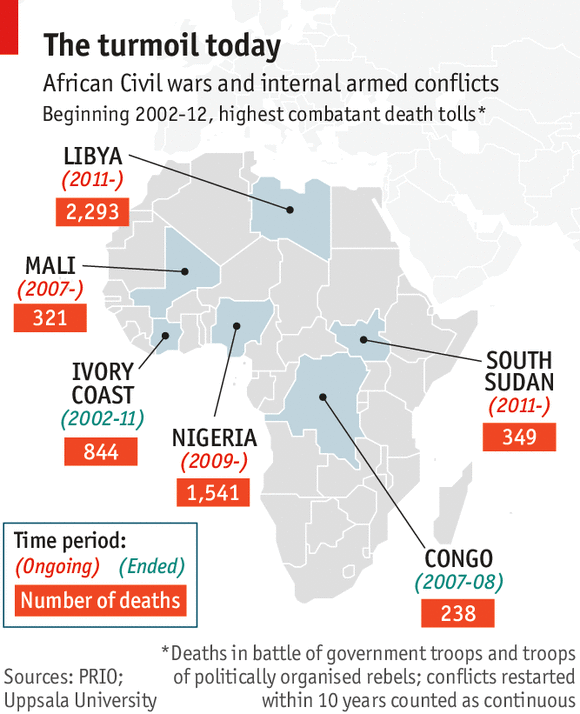 One thing I found interesting about this is the relatively low number of combatant fatalities in each conflict.  (Note that this isn’t including civilian fatalities, which are inevitably much higher.)  The standard definition of a civil war in the political science literature is a conflict between a rebel group and a government which produces at least 1000 combat deaths over one year.  By that metric, four of the six conflicts listed here wouldn’t count as civil wars.