In case you need a quick reference for a country’s colonial history and date of independence, here’s a useful map, via Cherokee Gothic. 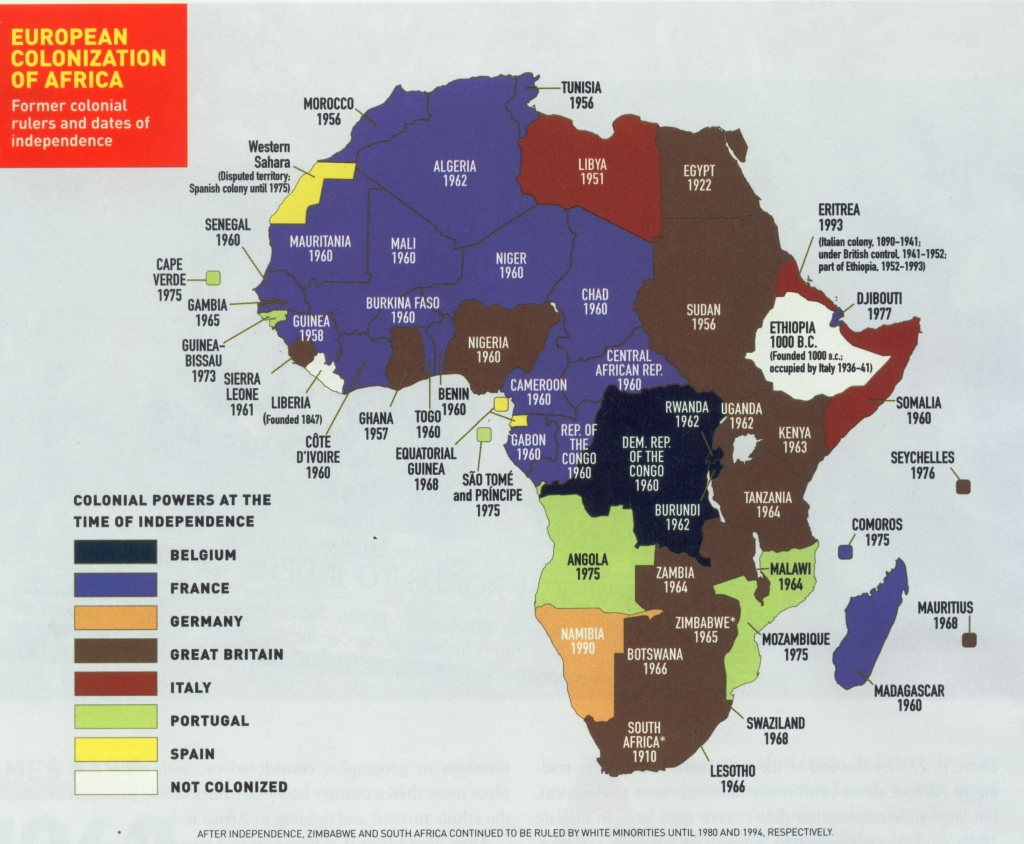 Unfortunately it does have a few errors.  It doesn’t mention the earlier German colonization of Rwanda, Burundi and Tanzania, and wrongly lists Namibia as gaining independence from Germany in 1990.  Namibian colonial rule was transferred from Germany to South Africa in 1919, and the country became independent from South Africa in 1990.  (Thanks to Charles Tellier, Jakob Haentjes and Danny Wijnhoud for pointing this out.)  The map also suggests that Liberia was never colonized, which isn’t true – the modern state was founded by the American Colonization Society as a refuge for former slaves.  (Thanks for Matt Jones for this one.)