In a 1994 article, Paul Krugman mentions that he has a friend who wrote a paper called “The evolution of European ignorance about Africa.”  It sounds fascinating, and is apparently not available online anywhere.  Does anyone know more about this paper, and where to find a copy?

Here’s Krugman’s summary of the paper, with some representative maps from this excellent Princeton site on the evolution of European maps of Africa.

In the 15th century, maps of Africa were, of course, quite inaccurate about distances, coastlines, and so on. They did, however, contain quite a lot of information about the interior, based essentially on second- or third-hand travellers’ reports. Thus the maps showed Timbuktu, the River Niger, and so forth. Admittedly, they also contained quite a lot of untrue information, like regions inhabited by men with their mouths in their stomachs. Still, in the early 15th century Africa on maps was a filled space. 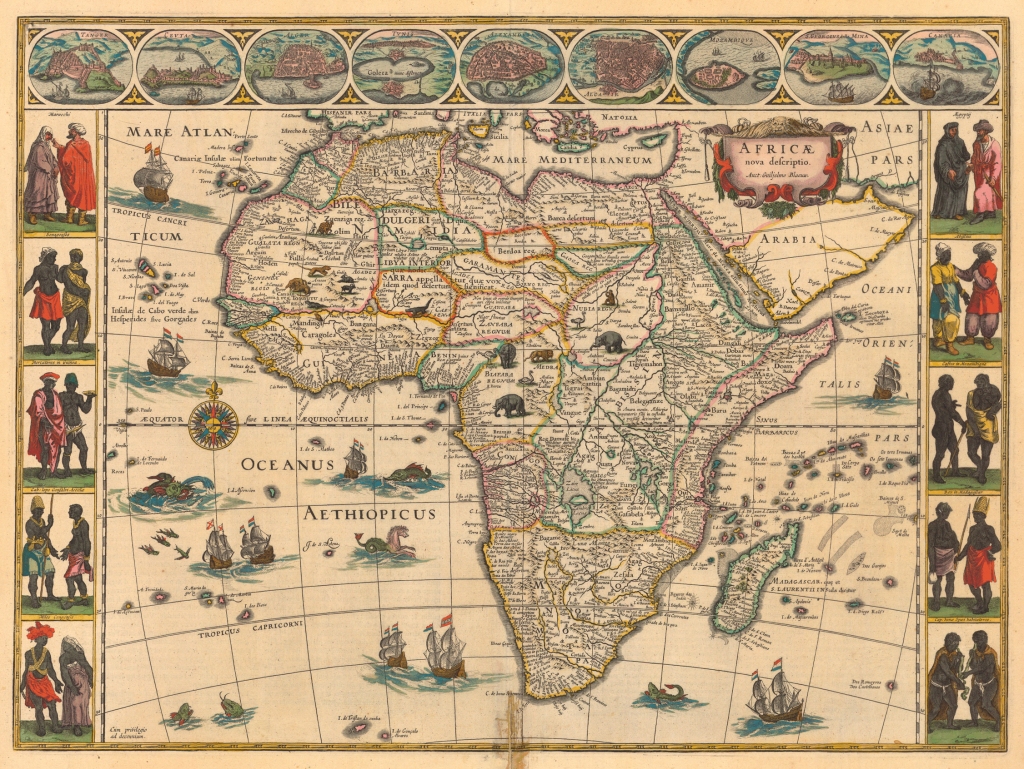 Over time, the art of mapmaking and the quality of information used to make maps got steadily better. The coastline of Africa was first explored, then plotted with growing accuracy, and by the 18th century that coastline was shown in a manner essentially indistinguishable from that of modern maps. … On the other hand, the interior emptied out. The weird mythical creatures were gone, but so were the real cities and rivers. In a way, Europeans had become more ignorant about Africa than they had been before.

It should be obvious what happened: the improvement in the art of mapmaking raised the standard for what was considered valid data. Second-hand reports of the form “six days south of the end of the desert you encounter a vast river flowing from east to west” were no longer something you would use to draw your map. Only features of the landscape that had been visited by reliable informants equipped with sextants and compasses now qualified. And so the crowded if confused continental interior of the old maps became “darkest Africa”, an empty space.

Of course, by the end of the 19th century darkest Africa had been explored, and mapped accurately. In the end, the rigor of modern cartography led to infinitely better maps. But there was an extended period in which improved technique actually led to some loss in knowledge.

7 thoughts on “The evolution of European ignorance about Africa”