Another great map via Cherokee Gothic. (Note that not all of these empires existed at the same time.  Wikipedia lists the dates, and there’s a brief overview of the major ones at TimeMaps.)

I wonder what was going on in the Cameroon – CAR – Chad corridor between the west African and Bantu states, and along the eastern coast, that major polities never arose there.  Perhaps it’s Jared Diamond’s theory about the spread of empires on the east-west axis at work?  (Less surprised not to see major groups in southern Africa, large parts of which are very dry.) 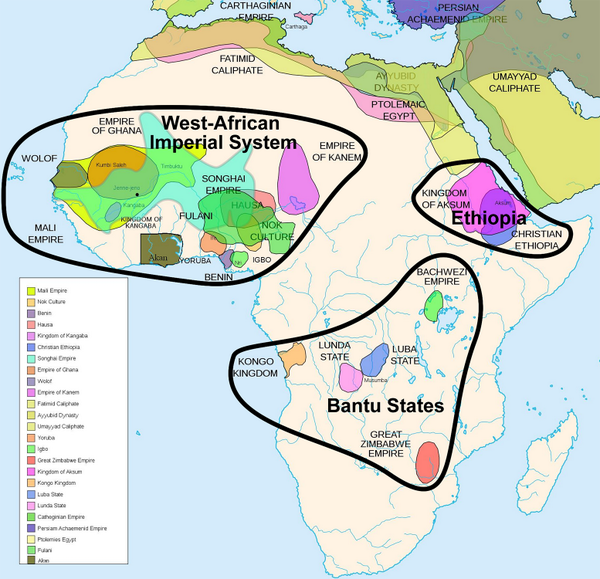