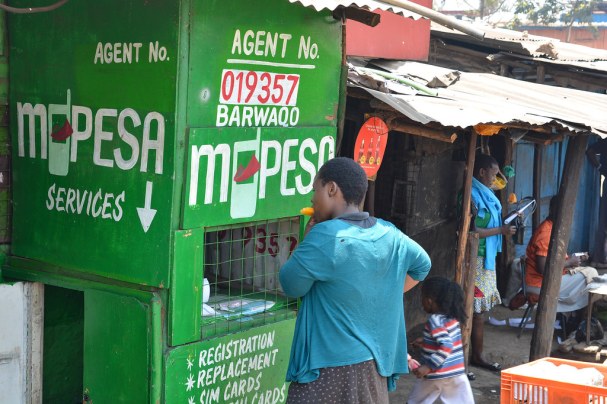 There’s been a bit of a stir on Kenyan Twitter lately about a new (and ungated) Review of African Political Economy article by Milford Bateman, Maren Duvendack, and Nicholas Loubere.  In it, they take on Tavneet Suri and William Jack’s claim in Science that the M-Pesa mobile money platform has led to reductions in poverty in Kenya by making it easier for people to access remittances from family and friends, and consequently giving them more money to start small businesses.

Some of the purported gains made by M-Pesa clients inevitably come at the expense of existing microenterprises, which will contract, lose income, and possibly close. Moreover, the influx of new microenterprises has undoubtedly had negative knock-on effects for entire local economies, driving down already tiny profit margins and exacerbating hypercompetitive markets dominated by the poor acting as producers.

Second, M-Pesa facilitates not just remittances, but also borrowing.  More than 25% of Kenyans have taken out a loan through one of the many mobile money borrowing facilities available, and about half of those borrowers have struggled to make payments on time, according to a CGAP report.  There’s an implicit argument here that trapping poor people in debt is unethical, although it’s not obvious to me that cutting poor people off from credit is ethical either.

Third, Bateman et al. also question Suri & Jack’s methods, suggesting that the observed increased in wealth in areas with more M-Pesa agents is driven by clustering of agents in wealthier areas, rather than changes facilitated by access to M-Pesa.  I’m not as convinced by this.  Suri & Jack used panel data from 2008 – 2014 to measure the impact of M-Pesa expansion up until 2010.  They picked this cutoff date for M-Pesa because the distribution of agents up till that point (but not afterwards) wasn’t strongly correlated with local income levels.

My take on all of this is that I don’t think Suri & Jack have fundamentally misunderstood the economic effects of M-Pesa expansion.  However, I think the point about general equilibrium effects is an important one, and one that’s generally underdiscussed in the literature on microfinance and microenterprises.