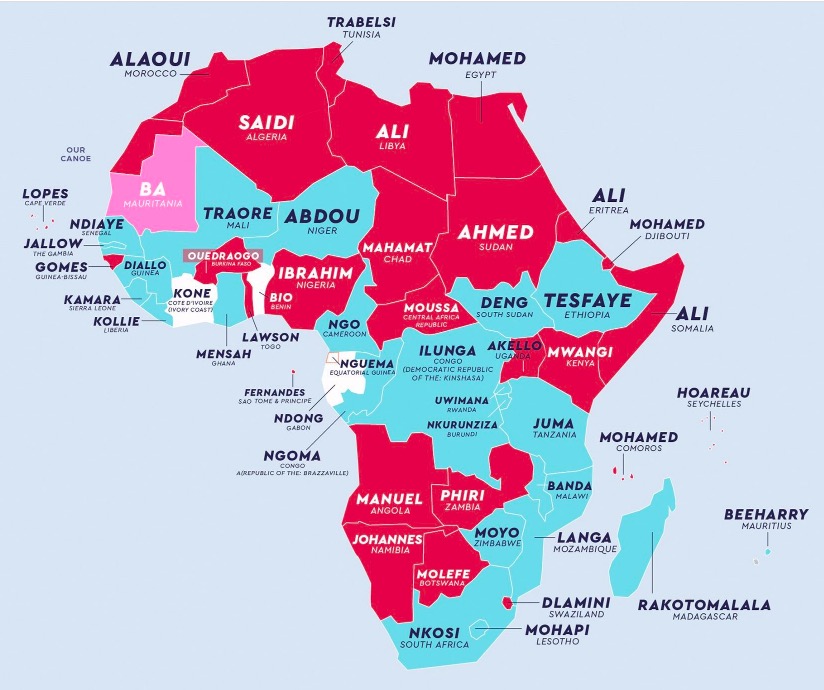 Check out this great map of the most common surnames across the continent.  The original post at NetCredit also has the rest of the world.  (ETA: the data sources used for this are probably more comprehensive for rich countries than poor ones, so take this with the appropriate grain of salt.)

2 thoughts on “The most common surnames across Africa”